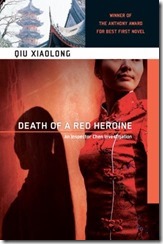 Well, new to me that is. I just found out about Qiu Xiaolong, who has written a series of detective novels with Inspector Chen Cao at the protagonist. The first in the series is Death of Red Heroine, set in Communist China during the time of Deng Xiopeng’s reforms.  Hope to have a Brief Book Review up for this in a week or so. 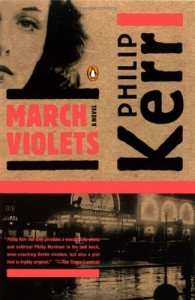 Christianity Today reports on the Larycia Hawkins affair at Wheaton College. CT links to this post on Hawkins’s Facebook page, which includes this statement (emphasis mine):

Whether or not you find this position, one held for centuries by countless Christians (church fathers, saints, and regular Christian folk like me), to be valid, I trust that we can peacefully disagree on theological points and affirm others like the Triune God (albeit there are differences here as well–Athanasian Creed, anyone?), the virgin birth (or Immaculate Conception depending on your persuasion), and the Resurrection. Let there be unity in our diversity of views about all of the above.

Apparently Hawkins doesn’t understand the difference between the Virgin Birth and the Immaculate Conception. I am not surprised that she would not understand why the god of Islam is not the God of Christianity.